1. The service life of the melt pump seal is greatly prolonged, and the operation safety and reliability are obviously improved. Because the seal of the melt pump is in a low temperature and clean cooling oil environment, the operating conditions are greatly improved and the service life of the seal is improved. (2) The main seal of the melt gear pump is a non-contact structure, which has limited influence on the temperature rise caused by friction, eliminates the phenomenon that the bellows lose elasticity due to excessive high temperature or the elasticity due to coking, and avoids the failure caused by excessive wear and hot cracking of the seal face of the melt pump. (3) The seal operates under relatively stable conditions, which greatly reduces the possibility of early random failure under variable operating conditions such as pump pumping, misoperation and artificial flow regulation. (4) The outer side seals have the function of right safety seals. Once the main seals fail, the secondary seals can play a role quickly and avoid catastrophic accidents such as fire caused by leakage of hot oil at high temperature fundamentally. 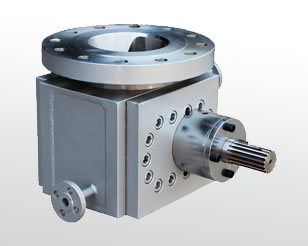 Any questions about our products, please feel free to contact us! We promise you high-end products and first-class service.Look forward to our cooperation!!!